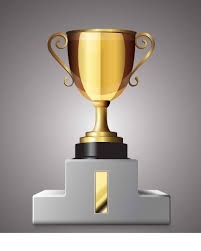 aving successfully negotiated a bye in the first round, the intrepid P&D midweek XI welcomed Old Smithys to Langton Park for the quarter final tie.

It has been a season of mixed performances so far, so the Bohos took no chances and drafted in Stevie Hosking to bolster the side. On an overcast but balmy summer evening Bam Bam maintained his 100% record winning the toss and electing to bat.

The opening partnership was a Rich double header with Westy and Biscuit donning pads looking for a sound start. After stripping bare chested on the square Westy's concentration was broken succumbing on 25, Hadleigh (8)and Steve C (12) both contributed with cameo appearances before a mini collapse saw Hayden and Patch visit the crease momentarily before returning to the pavilion without troubling the run column in the scorebook. Sid contributed a lively 18 before Bam Bam hit a 2-ball 5 n.o as the innings reached a close.

Throughout the innings Biscuit continued to play expansive shots before falling to the last ball of the game on a very credible 66.

So after 18 overs, the Bohos had set the opposition 156 to progress onto the next round and the team took to the pitch with an air of confidence for a successful outcome.

Old Smithy opened with the talented Zimmerman from Ivybridge CC and despite some aggressive bowling Sam C and Dan C failed to dislodge the stubborn openers. A first bowling change saw Westy and Sid come into the attack with immediate results with a steady flow of wickets with little opposition inroad into the winning total. With runs to play with the bowling attack was spread amongst the team. Stevie Hosking was unable to repeat his legendary Buckland Monachorum P&D performance failing to breakthrough and it was left to Steve C, Patch and a rare bowling performance from Bam Bam to each take a wicket reducing the opposition to about 110 for 9 after their 18 overs (scorebook still up at the club!).

The first division team had put up a good performance but ultimately the Premier qualities of the Bohos and seen them through.

A game played in very good spirits with a successful result for the home team and progression to the semi-finals. Thanks to the umpires for not being too official with bowling actions and entering into the game spirit and to the Old Smithy opposition, we wish them well for the rest of the season.

Undoubtedly their will be a manifestation of photos issued shortly which may or may not feature 'rollergate' and the subsequent modifications to the roller steering system.

The semi-final will be played between the 13th and 16th of July.